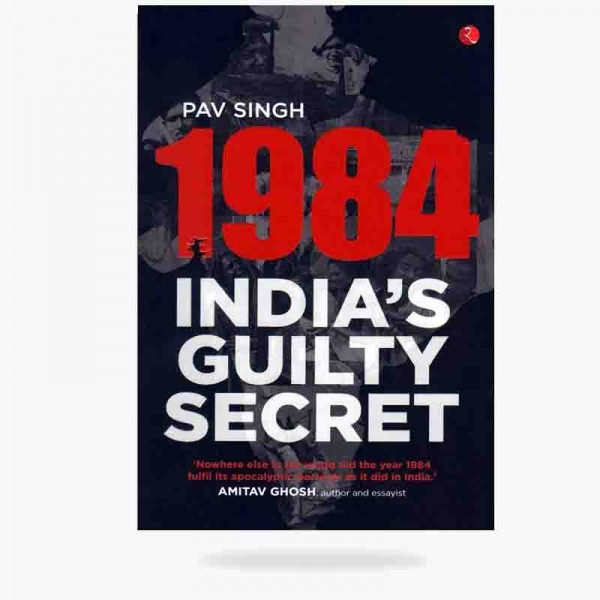 This shocking expose of a true-life Orwellian plot of nightmarish proportions reveals the chilling events of November 1984 following Indira Gandhi’s assassination, and the cover-up by the Indian Government. For over three days, armed mobs systematically butchered, torched and raped members of the Sikh community in Delhi and other places, unchecked. The sheer scale of the killings exceeded the combined civilian death tolls of other conflicts such as Tiananmen Square and 9/11. In Delhi alone 3,000 people were killed. Thirty-three years on, the extent of what took place is yet to be fully acknowledged. Based on victim testimonies and official accounts, this book exposes how the largest mass crime against humanity in India’s modern history was perpetrated by politicians and covered up with the help of the police, judiciary and media.

Be the first to review “1984: India’s Guilty Secret by: Pav Singh” Cancel reply